Joe Jonas opened up to Popstar! magazine about asking his brother Nick’s advice on creating a solo album. “I think he was always really supportive and really wanted me to be able to just go for it, be honest,” the Jonas Brothers singer said. Watch the comments via YouTube below. 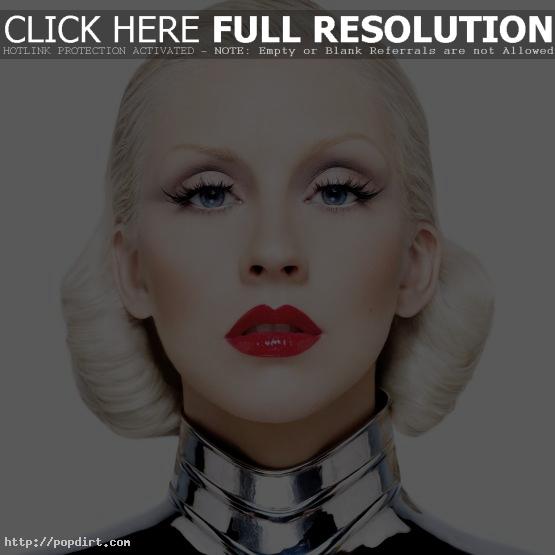 Christina Aguilera was released from jail Tuesday morning after being arrested for being drunk in public in West Hollywood at about 2:45 a.m. Tuesday. Authorities don’t plan to seek criminal charges against the 30-year-old pop singer. Aguilera’s boyfriend Matthew Rutler was driving when the couple were stopped. The 25-year-old was booked on suspicion of driving under the influence and remains in jail on $30,000 bail.

Rockey Dickey, 34, and Alex Montes, 23, both serving as contracted crew members of Britney Spears’ The Circus tour, were arrested Wednesday night in Pittsburgh after police said they scuffled with officers along East Carson Street in Pittsburgh’s South Side.

Last night two employees of a company contracted to provide equipment for The Circus Starring Britney Spears tour were arrested in Pittsburgh, PA. However, neither of the men involved are employees of the tour or Ms. Spears. The two individuals have since been dismissed by their employer. The Circus Starring Britney Spears tour does not support or tolerate this type of behavior.

George Michael Apologizes After Yet Another Arrest

BBC News reports George Michael has apologized after his arrest at a public restroom in London on Friday, where the singer was charged with possessing class A and class C drugs, believed to by crack cocaine and marijuana. “I want to apologize to my fans for screwing up again, and to promise them I’ll sort myself out,” Michael said in a statement. “And to say sorry to everybody else, just for boring them.”

A Metropolitan Police spokesman confirmed news of the arrest, saying, “A 45-year-old man was arrested on 19 September on suspicion of possession of drugs in the Hampstead Heath area.” Read more.

Hayden Panettiere’s father Alan was released on $50,000 bail on Monday afternoon after the 49-year-old allegedly struck the ‘Heroes’ star’s mother Lesley Vogel. A witness at Beso restaurant in Hollywood, where the couple attended a Hollywood charity benefit for the Whaleman Foundation hosted by their daughter, spoke with People magazine about what transpired before the incident. “When they were both about to leave, they had a heated argument outside the restaurant,” the source explained. “They were doing a good amount of yelling.”

Meanwhile, TMZ has footage (since removed) of Alan and a woman that appears to be Lesley walking together, with Hayden’s pop telling paps the whole thing “was blown out of proportion.” They also hear “both may have been drinking a lot prior to the incident.”

Watch footage below. Additionally, footage of Hayden leaving Beso with boyfriend and ‘Heroes’ co-star Milo Ventimiglia as the bottom dweller paparazzi little respect is available via Hollywood.tv below.

The Sunday Mirror reports George Michael has been charged with being “unfit to drive” after being found slumped over the steering wheel of his Mercedes in October. The singer faces an automatic driving ban and up to six months in jail if convicted.

The Fort Lauderdale Sun Sentinel reports Bobbie Jean Carter, the sister of Aaron Carter and Backstreet Boys star Nick Carter, was arrested on a DUI charge after her car was spotted weaving across the Vaca Cut Bridge late Wednesday, deputies said. The 21-year-old hair stylist was rushed to Fisherman’s Hospital in Marathon after she began hyperventilating and was later taken to the Florida Highway Patrol DUI room where she was cited for DUI and following too closely. She was also issued a written warning for failure to carry registration and insurance, the Monroe County Sheriff’s Office reported. 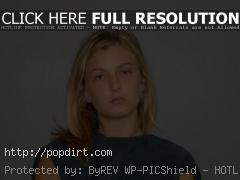 Steven Hindley, a 40 year-old man who stalked former S Club star Tina Barrett for months, bombarding her with a string of threatening e-mails and letters, has been jailed for six months. The man spent thousands of pounds on gifts for Tina but his harmless messages soon turned bizarre and sinister, including an e-mail telling the star he was going to hack her to death.

New details from NBC 6 on the arrest of Backstreet Boys star Nick Carter’s father Bob, who was arrested in Marathon Thursday and charged with battering his wife. Robert G. Carter, 50, also father of Aaron Carter, faces a criminal charge for allegedly shoving his wife to the ground during an argument over their impending separation. Jane Carter alleges Bob chased her around the house, kicked down doors, and shoved her in a shower, causing her head to bruise and swell, but deputies responding to a 911 call found no evidence of that, the arrest report said.

The full story at nbc6.net has since been removed.