Esmee Denters answered several fan questions at her Tumblr earlier today. Among them:

Andra0001 What artist would you like to collaborate with (one day)?
– Have tons of artist i would love to work with one day.. But my long time idol is alicia keys so one dayyyy :-)

chloe hinton Which song by another artist do you wish you’d written :)
– Aplogies One republic or bleeding love leona lewis

Iago Jordan How many songs did you record for your new album so far? I’m excited to hear it.
– I’ve recorded about 30 songs at the moment, can’t wait for you to hear it! x

Check out the rest here.

What direction would you like your third album to go? Same as ‘Unfold’? ‘Breathing Underwater’? A little of both or something totally different? by georgebui101

I would absolutely love to do an album which still incorporates beats but the instrumentation is all live… I guess it might be somewhere in between my first and second :)

What are the ups and downs (if any) of being racially mixed? And when people meet you for the first time are you classified as a Caucasian person or an Asian person?

Being from Los Angeles, a melting pot of every nationality .. I never thought very much about being racially mixed. But when I started playing music, I realized how much of my identity was my racial background (at least to other people). I have definitely faced some cold truths when it comes to being an Asian-American in the music business.. I’m determined to help pave a path for others and to break through any stereotypes that exist for Asians or mixed artist trying to make it.
When people meet me, I’ve heard it all from.. are you.. Russian, Chinese, Icelandic, Inuit ? :)

Does Jewel Have Regrets? 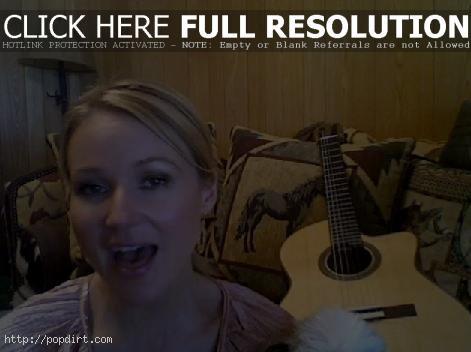 Jewel answered several questions from her Twitter followers on her blog at MySpace (@jewel) on Friday (December 4), including one asking if she regretted anything in her career. The singer songwriter responded:

There are things I regret. That if I was who I am now, I think I could have enjoyed myself more. When I was a child, I went from being homeless to needing bank accounts and fast! There were a lot of bad people around me with bad motives, but I could not see it. It was a recipe for disaster! And I was kept on the road and so isolated and exhausted, I never knew what I had built in a lot of ways. I wish I could go back in time and put the team I have around me now, around me then. I wish I could have worried less and balanced the rapid success better so I wasn’t so sleep deprived and delirious through it all. I wish I had some friends at the time, so I could have shared it with someone who loved me. I was so alone and told to work so much, that it felt like I was surviving, and not experiencing fully the fact that I was pulling some stuff off that very few musicians do. The cover of Time magazine, hit albums and hit book releases, award after award- it was all so great- and I had no one around me to be proud of me, and so I was hardly proud of myself. I never even saved magazine covers or took pictures of amazing things, like when I sang at the Vatican, because the people around me made me feel as if I were arrogant if I did such a thing.

So that’s it. I wish I could have been surrounded by someone who loved me then, and who could have helped me enjoy and relax a little. I was always such a fierce fighter- I fought on- inexhaustible.

Musically, I have no regrets. The album people act like was shocking (0304) is in my mind, one of my best written albums. I think it is a smart and clever pop album, and I’m happy that with time, more folks can see that.

And the good news is I do now have Ty, who really does love me and helps me enjoy what I have. He is proud and takes pictures and reminds me to be proud, too. I never had parents who did that, and so it feels good when he does. Together we stay grounded in our careers and in our lives.

Yohanna answered several fan questions on her blog at MySpace (@yohannamusic) on Saturday (October 3), including whether she’d promote and tour in the U.S. The Icelandic pop singer responded:

Yes, I would love to. And my long-term goal is to be able to live and work in the U.S. But these things can take time, but hopefully I’ll be there very soon.

Shiloh: I’m A Mash Up Of Musical Styles

That’s a very good question, lol, now a dayz its kinda like well if u have PVC boots, then ur most likely labeled as goth, right? A certain shirt makes you punk and certain hair style automatically makes you ’emo’.

It’s just mostly ’cause people don’t know what else to call it, lol, but I’m 100% me, I guess u could say its a mash up of a bunch of different ‘styles’.

I prefer to confuse people with it, HAHAHA

Be the first to post a comment to the following question, the fifth in the series, by posting the correct answer and win a Missy Higgins CD/DVD for ‘The Sound of White’ (full contest details here)…. Before getting a record deal, which Australian radio station did Missy Higgins win a demo competition for?

Congratulations to loz84 who correctly answered the fifth and final contest question in record time. Thanks to everyone who participated!

Be the first to post a comment to the following question, the fourth in the series, by posting the correct answer and win a Missy Higgins CD/DVD for ‘The Sound of White’ (full contest details here)…. What is Missy Higgins first, middle and last name?

Be the first to post a comment to the following question, the third in the series, by posting the correct answer and win a Missy Higgins CD/DVD for ‘The Sound of White’ (full contest details here)…. What was the name of the tour Missy Higgins was a part of that raised $2 million for tsunami relief charities?

Congratulations to allieshopper who correctly answered the third contest question. Stay tuned for more questions in the coming days.

C.J. of the Minneapolis Star Tribune has 13 questions for Michael Jackson after watching the Martin Bashir documentary last week. Amongst them: “At what age are you going to get over the horrible way your sorry father treated you and start acting like an adult?” And: “Had you ever actually fed ‘Blanket’ before that uncomfortable Butterfly McQueenesque bottle-feeding session performed for Martin Bashir?”

February 10, 2003 – *NSYNC star Chris Kirkpatrick, Nelly, LL Cool J, and Usher were amongst the stars who weighed in on the controversy now surrounding Michael Jackson. Kirkpatrick said, “It’s really hard, you know, to watch Michael Jackson and to have people who don’t really know him saying all these things about him. That’s Michael, you know, that’s somebody that we respected. We grew up idolizing him you know.”

February 10, 2003 – A source who lives nearby Michael Jackson’s Neverland Ranch tells Jeannette Walls of MSNBC his theory as to why Jackson’s child bedroom partners didn’t send up more red signals to neighbors. “For years, Michael has had these elaborate parties for kids and the children of the area’s powerful people, the judges and the various law enforcement officials and elected officials, were always there,” the neighbor explained. “They were there just for the daytime parties of course, but, in retrospect, I see how it caused a lot of people [around here] to think it was no big deal that there were always children over at his house.”