Top Anna Nalick Searches In May 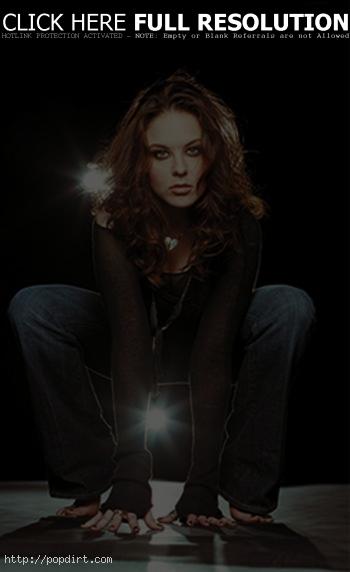 Top searches for Anna Nalick for the month of May on Yahoo!’s pay-per-search engine Overture.com are in, with the ‘Breathe (2AM)’ singer garnering 89,197 searches of ‘Anna Nalick’ for the month. Her most popular song lyric search was naturally for ‘Breathe’, followed by ‘Wreck of the Day’. The most popular misspelling was Ana Nalick with 8,162 searches, followed by Anna Malick with 6,365 searches.

Searches for Ryan Cabrera in April on Yahoo’s pay-per-search engine Overture.com saw the singer get 154,688 queries. His most searched for song was ‘True’, followed by ‘On The Way Down’. Unlike many of his young male peers, searches for ‘Ryan Cabrera shirtless’ were unimpressive relative to his basic searches, with only 329 queries. The most frequent misspelling was Ryan Cabera with 3,200 searches, followed by Ryan Cabrara with 2,635 and Ryan Cabrerra with 1,792.

Yahoo’s pay-per-search engine Overture.com is out with the top Natalie Imbruglia searches for the month of April. The singer received 69,373 searches, with ‘Shiver’ being the most searched for song and “Nathalie Imbruglia” the most searched misspelling with 867 searches, followed by “Natalie Umbruglia” with 864 searches. Natalie’s seaches trounced her Silverchair hubby Daniel Johns for the month, with the Aussie rocker getting only 2,361 queries.

May 13, 2005 – Conan O’Brien joked during his Late Night monologue on Thursday night, “It was reported today that the FCC is unlikely to investigate allegations that Paula Abdul had sex with an ‘American Idol’ contestant. They’re not going to investigate, yeah. A spokesperson for the FCC said, ‘Being Paula Abdul is punishment enough’.”

May 11, 2005 – Anthony Federov was the only performer to get low marks from the judges for both songs on Tuesday’s ‘American Idol’. The Idols were asked to sing one tune out of Nashville and one from Philadelphia, specifically the music of Gamble and Huff. The performances didn’t impress the voters either, as Federov was voted off the show Wednesday night. Controversy erupted though when the dial-in phone number for Carrie Underwood was displayed on the closed-captioning for all the contestants, possibly aiding her survival. The correct numbers, however, were shown with on-screen graphics and announced by Seacrest. A statement issued Wednesday by Fox read, “the producers and network apologize to our hearing-impaired viewers for any confusion, and the situation was immediately corrected for our tape-delayed West Coast broadcast.” When Federov closed the show, Underwood was repeatedly shown crying and could be seen mouthing to Federov: “I love you.”

Yahoo! has announced its ‘Top 2004 Searches’, and Britney Spears is almost at the top of every list. She has her name in almost every category, which no other artists have. She placed #4 on the ‘Top 10 Search Terms’ (right behind American Idol, Paris Hilton, and Jessica Simpson). Britney placed #2 on the ‘Top Music Searches’ (right behind Jessica Simpson, and ahead of Christina Aguilera who is at #7). She placed #3 on the ‘Top Music Lyrics’ Searches (behind Usher and Eminem). Britney was also announced the ‘Top Mover’ of September, when the most searched for mover was “Britney Spears Wedding”. On top of all this, Britney also has her own category of searches (the only artist that has their own category), which Yahoo! titled “Top Britney Spears Searches”.

98 Degrees star Jeff Timmons is crisscrossing the country with Jim Brickman and Friends, performing a holiday concert through the month of December. They landed in San Jose Sunday, November 28. Bottom line, I loved finally seeing him live (I missed the last 98 Degrees tour), and he was the best thing about the show (the French-cuff lavender shirt and black velvet pants he sported at the start of Act 2 were practically worth the price of admission). His voice was in fine form and demonstrated a gravity and resonance absent from the other vocalists. The good is it’s all new material that you haven’t heard before; the bad is there none of his solo album (‘Whisper That Way’) on the program.
END_OF_DOCUMENT_TOKEN_TO_BE_REPLACED

The top searches for Delta Goodrem on pay-per search engine Overture.com in October 2004 have been posted online. ‘Delta Goodrem’ received 94,044 total searches for the month, while her new single ‘Out Of The Blue’ was her most searched for song, followed by ‘Lost Without You’. Several searches related to her ex-boyfriend Mark Philippoussis made the list. The most frequent misspelling was Delta Goodram with 1074 searches, followed by Delta Godrem with 523.

JoJo searches on leading pay-per-search provider Overture.com were huge in June, and likely will continue the momentum in July. ‘JoJo’ received 958,211 searches for the month, while her real name, ‘Joanna Levesque’, received only 3,687 searches. The search figure nearly matched Christina Aguilera and easily outdid Hilary Duff queries. Despite her young age, there were nude searches. And despite the simple spelling, there were plenty of misspelled searches, topped by “Jogo” with 4,675 queries. JoJo’s most searched song naturally was ‘Leave’ with 51,179 queries.