Can Britney Continue To Lip-Synch For Maturing Fan Base?

Our previous poll asking if you think Britney Spears can continue to lip-synch at her concerts, using dancing as an excuse as she has for years, as her audience matures, saw a mixed response. 45.3% said no, her fans ain’t teenyboppers anymore, while 28.2% said yes, because her shows are more visual art, and 26.6% said ticket sales may soon tell the story when the pop tart begins to schedule larger tour dates in support of a new album.

Our previous poll asking which of the following is your favorite pop song of the moment saw Justin Timberlake’s ‘Summer Love’ barely top the list at 21.9%, with Avril Lavigne’s ‘Girlfriend’ right behind at 20%. Hilary Duff’s ‘With Love’ was third with 17.5%, and Pink’s ‘U + Ur Hand’ was fourth with 7.9%.

Our previous poll asking if you thought Britney Spears shaved her head saw 40.2% say “she’s gone loco”, while 20.2% suspected something traumatic happened to her, and 16.4% say it was a publicity stunt – since she could have shaved her head at home.

Our previous poll asking who do you think will win out in the “battle” to be Justin Timberlake’s girlfriend saw Britney Spears top the list with 41.2%, while Jessica Biel received 17.6%. “Other” got 17% likely due to the “me” factor, and the woman who seems to have the edge based on her frequent hook-ups with the former *NSYNCer, Scarlett Johansson, got 15.66%.

Was K-Fed A Career Killer For Britney?

Our previous poll asking which pop star’s significant other has been the most damaging to their career saw an overwhelming majority respond Britney Spears’ estranged husband Kevin Federline, who received 75.2%. Far behind in second was Janet Jackson’s boyfriend Jermaine Dupri, who received 8.1%, while Justin Timberlake’s girlfriend Cameron Diaz was third with 5.8%. The least damaging squeeze was Avril Lavigne’s husband Deryck Whibley of Sum 41, receiving only .3%.

Our previous poll asking if you think Britney Spears filed for divorce on election day to obscure it in the news saw 65.4% respond “No, it’s big news any day she’d file,” while 34.6% said “Yes, she knows about all the ‘I told you so’s.”

Our previous poll asking which Carter family claim do you believe is most likely false saw 35.5% say they’re all true, while 19% said they were all false. As for specifics, the claim people seemed to have the hardest time believing was that Aaron Carter claimed to have had sex with Hilary Duff, followed by Nick Carter’s claim to have had sex with Ashlee Simpson to get revenge from his then cheating ex, Paris Hilton.

Aaron Carter was on the phone with the Buckhead Show on Z100 FM in Portland to promote ‘House Of Carters’. Aaron was sounding sleepy doing the interview from his bed and discussed his broken engagement from Playboy Playmate Kari Ann Peniche, his claim to be worth about $18 million, his choice of drug, and more. He then got his brother Nick on the phone for a minute. Upon returning, Aaron described the show and did a bumper for the show.

Popdirt.com’s previous poll asking how many copies of Justin Timberlake’s new album ‘FutureSex / LoveSounds’ will be sold in America in the first week saw 17.5% say over 1 million, while 14.9% guessed under 200,000. 13.7% said 300-399k, while 10.6% guessed 700-799k, which based on HitsDailyDouble’s just announced figures, would be correct. The former *NSYNC star sold 710,539 units in his opening week, easily besting John Mayer’s ‘Continuum’ who came in second in the chart battle with an impressive 288,466 copies.

Christina Aguilera Shines At The VMAs 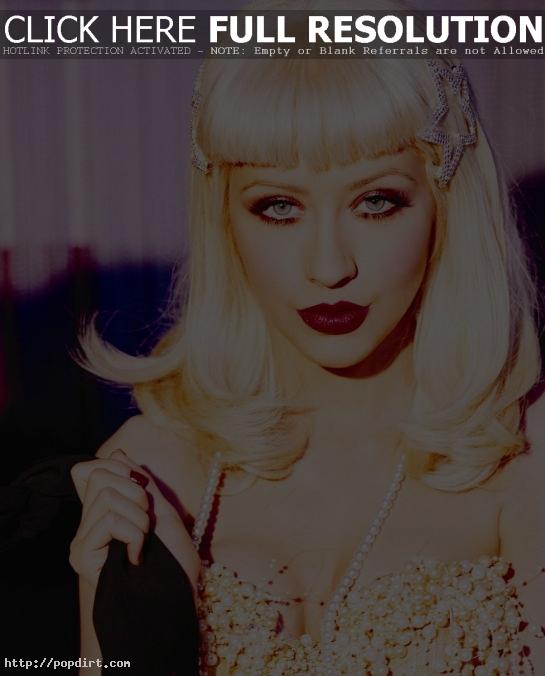 Popdirt.com’s previous poll asked which is your favorite fashion themed album, where Christina Aguilera topped our poll for a second straight time with her retro themed ‘Back To Basics’, getting 55.2%. Second was Madonna’s leotard themed ‘Confessions’, with 25.8%, while Gwen Stefani’s Harajuku themed ‘Love. Angel. Music. Baby’ got 19%.