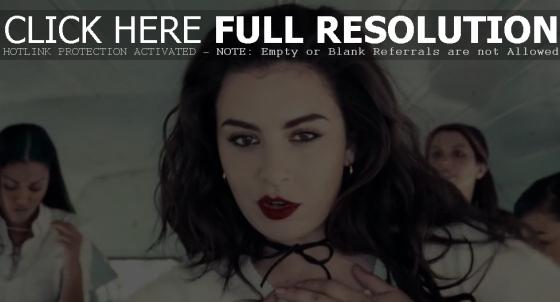 Charli XCX is out with the music video to her new single ‘Break The Rules’, off the British pop singer’s second album ‘Sucker’, out October 21st via Neon Gold/Atlantic Records. The Marc Klasfeld directed video, shot in Los Angeles, features cameos from Rose McGowan as well as galpal, Kitten frontwoman Chloe Chaidez.

“I was inspired by movies like ‘Jawbreaker’ and ‘Carrie’ for the ‘Break the Rules’ video,” Charli explained. “I never went to prom when I was at school so this was kind of me living out my weird fantasy of what prom would be like in my head. I asked Rose McGowan to be in the video and I never ever thought she would say yes, but she did… so she came to prom too… And she trashed it.”