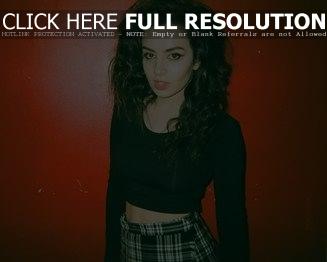 21-year-old Charlotte Aitchison, aka Charli XCX, is set to hit the road with Paramore on their UK arena headline tour, which kicks off in September. This means her scheduled North American fall headline tour will be postponed until the end of October/November, 2013.

“I’m very happy to have been asked to support Paramore on their UK tour,” Charli said. “I’ve never really done shows in the UK outside of London before so it’s going to be something different and kind of scary for me. Of course I am really, truly so so sorry to everyone who got tickets to my US shows, as now I will have to reschedule those dates and I hate the fact that I will have let lots of people down. It’s weird, I always feel strangely at home when I play shows in America and the fans I have out there are literally the best, most killer fans in the world. I’m upset that you guys are going to be disappointed and annoyed at me, as I really did have big things planned for this tour, so it’s very sad. I’m working really hard to reschedule the dates right now and all I can promise you is that the shows will be even bigger and better than anything I’ve ever done before.”