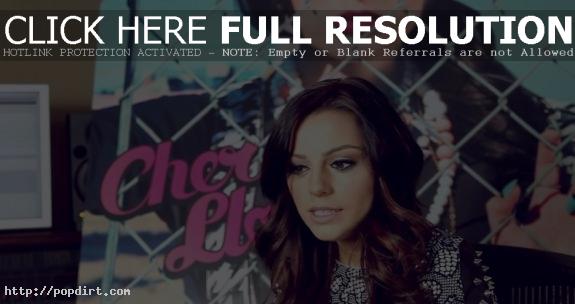 Cher Lloyd fielded questions from fans on Twitter in a feature for Vevo, where the British pop star talked about the best moment of her career to date, what she enjoyed most about being on the ‘Today’ show in New York City, enjoying to perform her hit ‘Want U Back’ the most and the work it takes to achieve success in America.

Asked about the crowning achievement of her young career, the pop singer said, “The best moment of my career so far was definitely standing on the ‘Today’ show and being given my platinum disc for ‘Want U Back’. ‘Want U Back’ did so good in the U.S. and it’s kind of given my hope that I could possibly do well.”

Questioned about what she enjoyed most about New York City visit for her ‘Today’ appearance, Cher said, “My favorite part of being in New York City for the ‘Today’ show was probably walking out on stage and seeing the amount of people that actually turned up, because we weren’t at first gonna do it outside, we were just gonna do it in the studio, and then when we heard that people were camping out, we decided to move it outside. It was crazy to know that the brats came in force to make sure I had the opportunity to perform outside and have everyone there supporting me.”

Quizzed about which track she most enjoys singing, Cher said, “My favorite track to perform has definitely got to be ‘Want U Back’ because that’s the song that everybody knows, and everybody is able to join in and sing along. It just brings everyone together.”

Asked about the length of time she thought it would take her to be discovered in America, Cher responded, “I feel that it’s not how long it takes for you to become successful in the states, it’s about the amount of hard work that you’re willing to put in. It’s all about being able to put as much of your time into actually meeting with the fans and connecting with them and allowing them to get to know you more. That’s why I think everything is going quite well, it’s that I’m out here pretty much all the time and I get to see so many fans in so many places across the U.S.”