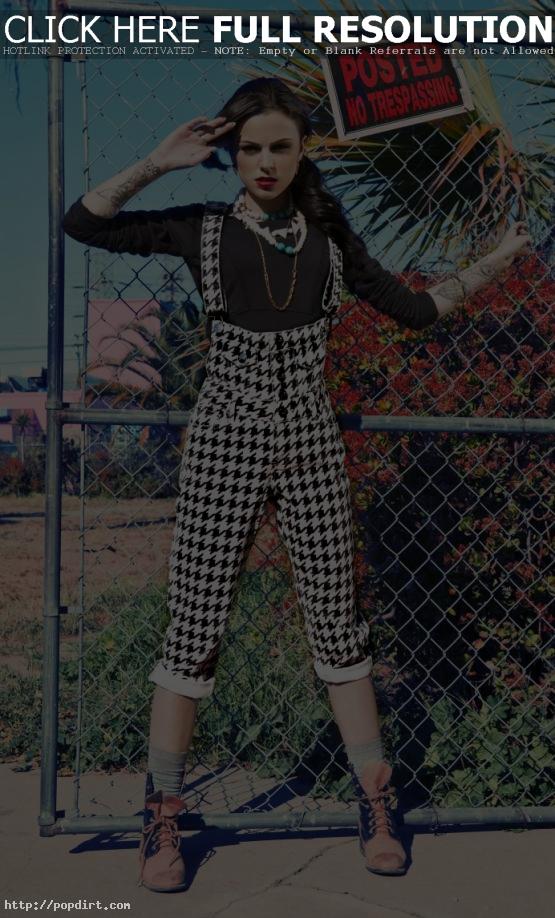 Matty of Kiss 108 in Boston talked to British artist Cher Lloyd, who was in town to promote her new single ‘Want U Back’. The ‘X Factor’ finalist talked about her small size, her visit to America and if it matched what she envisioned, how she was named after Cher of Sonny & Cher fame, her collection of tattoos and how she’s surprised to have gotten such a sizable following in America.

On being so tiny compared to how she looks in music videos:

Yeah on TV and stuff it makes you look bigger and taller. I’m just really small and I don’t seem to grow. I think this is it now. Since I’ve been coming over to the States a lot of people have been calling me a Polly Pocket, one of those tiny plastic dolls… I think it person it looks like I couldn’t hurt a fly, and then in my videos and stuff I think I put on a bit of a front to be honest.

On if it’s her first visit to America:

I came about a year ago to record the album for the UK, but this is my first time actually trying to do something in the U.S.

On what she envisioned America to be:

I’m not quite sure, but I knew it was going to be different weather. Anything is better than the rain. It’s terrible weather in London.

On the American Cher:

Yeah, I was named after her. She tweeted, and it was the funniest thing ever. I think she tweeted, “Who or what is this Cher Lloyd?” It was a tad awkward, but it’s fine.

On her tattoos, that aren’t all from back home:

On her growing American fanbase:

I don’t know how that happened, but it’s good. I’m very happy. I didn’t expect it. I didn’t expect to come over to America and have people follow me around. It’s a big shock. I figured people wouldn’t have a clue who I was. I would walk past and walk into the station and people would be like, ‘What’s she here for?’

The interview audio at kiss108.com has since been removed.