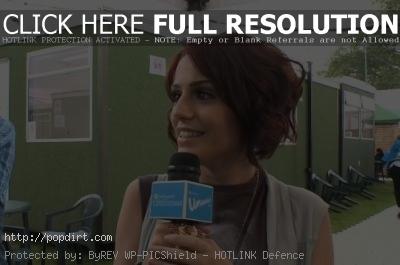 Cher Lloyd was interviewed backstage at Barclaycard Wireless Festival 2012 last month at Hyde Park in London, where the pop singer talked about how her set went at the annual event, what she’s got in the works after the festival circuit completes and how she’s looking forward to Rihanna’s headlining show.

“It was amazing,” Cher said about her live set. “Amazing like I’ve never had that experience at a festival in my life. I’ve done a couple (of festivals), but when I got out on stage today I feel like it cranked up to another level. There was a bit of rain, but it didn’t phase anyone. I love that.”

Her her post festival circuit plans, she said, “I’m currently back and forth from America. I’ve got some stuff going on there. It’s going well (in America). We’re just kicking off a little bit. It’s doing well.”

As for who she can’t wait to see perform later, Cher said, “It’s got to be Rihanna really, isn’t it?”