Cher Lloyd On America, Getting Married & Her Mug Shot 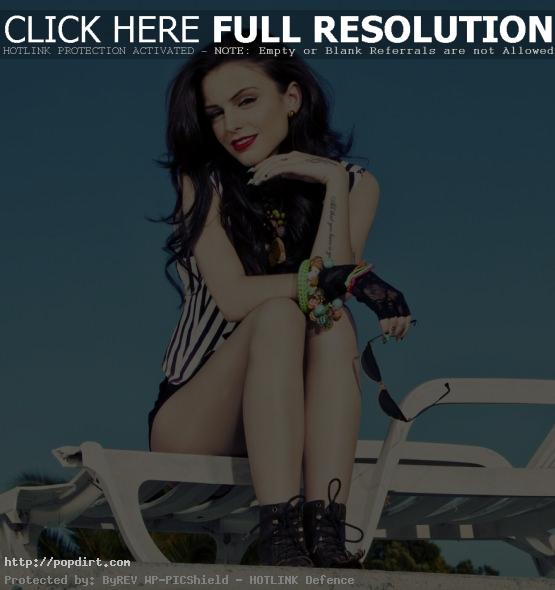 Cher Lloyd was in the studio with the Kasper Show on 96.5 KISS FM in Cleveland, Ohio the other day, where the British pop singer talked about her busy travels throughout America, being a part of the UK version of ‘The X Factor’, getting married to hairdresser Craig Monk despite people saying she’s too young at 18, and her mug shot on the single ‘Want U Back’.

On success in America:

I feel like if I made it in the U.S., then I’d feel okay about disappearing. I don’t want to put it in a bad way, but if I made it in the States, my life would be complete. All my goals and stuff like that, I would have cracked them. I don’t want to get my hopes up too much. I’m just taking it day by day, and the fans keep growing, which is great. Hopefully on the next trip when I come back, I hope I can’t even move because of the amount of fans. That would be great.

On being part of ‘The X Factor’:

I am happy and I feel like it set me up with a great platform, and then I went away from it and then I started building. I got myself a team and we did all the stuff in the UK and now we’re here, so I’m doing all that stuff in the UK all over again, but I must say it’s been a lot more difficult, because you know what, being from the UK, you always think this is the big place, because where you’re from you think there’s nowhere else in the world that’s bigger. Then I come to America, and it is huge, and it’s difficult, but hopefully if I have enough people on my side, we’ll be able to do it.

Yeah, it’s pretty cool. I mean I’ve had a lot of people say, oh, you’re too young. So what! Mind your own business. I don’t care what you think at all. I’m gonna get married. I’m gonna live a wonderful life. It’s in my destiny, hopefully.

On the single being her mug shot:

I’ve never been to jail, just to let you all know. I’ve never been in trouble. I have been in trouble but not to a certain extent where it’s gone crazy and stuff, but I like to make people laugh and I like for there to be some sort of misbehaving going on, so I would sound very mischievous.