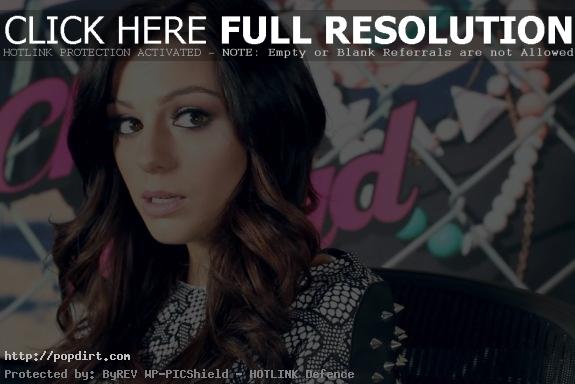 Cher Lloyd did a Barbie themed discussion with VEVO recently, where the English pop singer talked about her love for the Mattell product, wanting her own Barbie doll and getting a Twitter message from Barbie. Cher also talked about her popular Twitter fan @thebratqueen, how she’s been influenced by hip hop, being experimental with her music, and how releasing her album in the America differs from the UK.

“I did a show in New York for J-14 magazine, and Barbie was there, so she gave me some dolls, which I have and I very much love these dolls,” Cher said about the popular doll. “What I’d really like is a Barbie to help me and kind of make a little doll of me, so that my fans can have a Barbie of me. I’d love to be Barbie’s cousin. I think that would be cool. Like an edgy version, a brat.”

On being tweeted by Barbie, she said, “I didn’t think Barbie would ever tweet me. A lot of people say Barbie isn’t a real, which I think is insane because obviously she is, because she’s been around for a while. You can get dolls of her and stuff, so she’s obviously real. I’ve met her. She does tweet and I got a tweet from her, and I was very excited and I retweeted her.”

Asked for a message she’d like to deliver to @thebratqueen, a popular Twitter fan of the singer, Cher said, “I’d like to thank @thebratqueen for being able to bring me and my fans together. If we didn’t have @thebratqueen, fans wouldn’t know what I’m doing and where I am, and they wouldn’t be able to turn up to the events that I do. I think @thebratqueen is the main source to go to if you ever need to find out about me and I think she’s just great.”

On hip hop influencing her, Cher said, “Hip hop has been a huge part of my career. Although I am a pop artist, I like to incorporate sounds of hip hop into my music. As a teenager, like back, back back in the day, I would kind of hide it, the fact that I listened to hip hop, because none of my friends were into it.”

On the United States vs United Kingdom album release, Cher said, “I feel that being in the U.S. is a big deal for me. The past few months have been really intense and I’ve been given so many opportunities to perform for my fans in the U.S. The unfortunate thing is that I didn’t have many songs. We only have one, so now that this album is coming out, this is when the fans get to learn all the new songs, and next time I come back, we’re gonna be able to sing it together.”