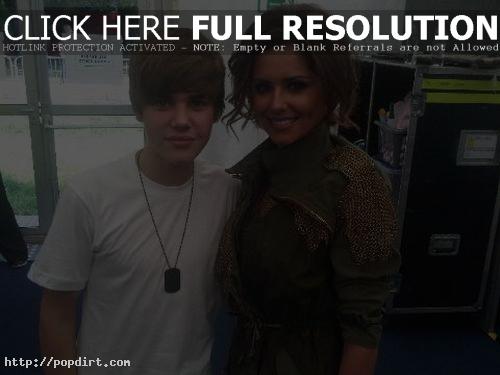 95.8 Capital FM’s Roberto caught up with Cheryl Cole backstage before her performance at the Summertime Ball in London at Wembley Stadium last weekend. The Girls Aloud star confessed she was really nervous to perform before 70,000 at the venue and talked about what she does for a pre-show ritual, recording new stuff, and she answered 3 questions to eat some sweets. Asked if she had “Bieber fever”, Cheryl said, “Maybe if I was like 15 again.” The comment would likely break the 16-year-old’s heart after he declared his interest to his Twitter followers, especially when she added, “He’s a child.” Watch the interview via YouTube below the cut.