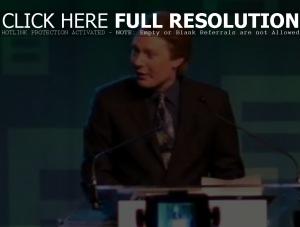 Clay Aiken spoke at a Human Rights Campaign dinner in Raleigh, North Carolina last month, where the ‘American Idol’ alum explained why it took him until September 2008 to reveal that he’s gay, despite years of speculation about the topic.

“Whether you come out to your family or your friends … or do so on the cover of a magazine, the decision to talk openly about your sexuality is a really difficult and confusing one,” Aiken said. “So what the hell took me so long? I was waiting, like so many of us are waiting, for change, for attitudes to change, for laws to change, and I realized that the time for waiting has passed.”

Watch his speech below.