Clique Girlz TV episode 39 features Destinee and Paris Monroe introducing the new member of the Clique Girlz, Sara Diamond, who replaces departed member Ariel Moore. They then started performing the jingle for Baby Bottle Pop, the baby bottle shaped lollipops, followed by their song ‘Then I Woke Up’.

“We have a bunch of stuff in the works,” Sara said, “and we’re super excited about it. Can’t wait for you to hear about it. For now, it’s all a secret.”

Meanwhile, the Clique Girlz spoke with Tommy2.net about the audition process and who was involved, while Sara shared her background along with some miscellaneous info (audio since removed). 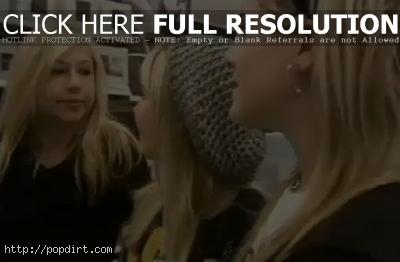 February 19, 2009 – Clique Girlz TV episode 38 features Paris and Destinee Monroe and former member Ariel Moore engaging in some hijinx at an airport, and Paris busting some glass at a Target store that employees had to clean up.

The girl behind the camera then chased Paris around the store to get her to fess up what happened with the glass.