Cody Simpson Discusses His Angels, Being A Role Model In Twitter Q&A 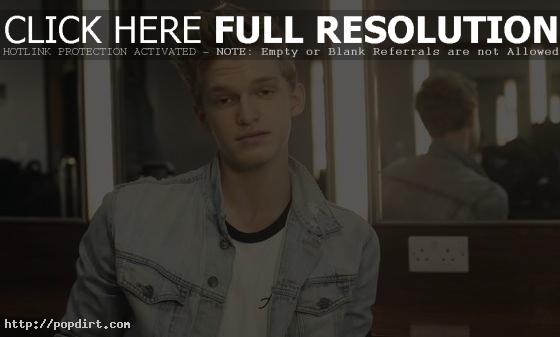 In a recent episode of The Paradise Series, Cody Simpson answered some questions from his fans via Twitter while he was in Dublin, Ireland. The Australian pop star talks about the impact he has had on fans, how he would comfort a girl, the last place he shopped at, the three things he loves about his fans, tour bus insider secrets, and more.

“It was and it is very difficult for me to get a grasp on that, as I am still so young and I’m a kid and I myself am still learning and I’m still growing up,” Simpson said about the influence he has on his fans. “When I came into this business I was only 13 and I barely realized what it meant to leave my home country and leave Australia, let alone be a role model for people. As I’ve been doing this for a little while, I’ve come to realize the responsibility that I have to be that role model and to inspire others and inspire other kids and help them stand up for what they believe in, stand up to bullying, be better friends and people in general. I take that responsibility very seriously.”

Asked the top 3 things he loves about his “Angels”, Cody said, “I would have to say the dedication, first of all. They’re always there, constantly on Twitter, Facebook, voting and everything. They’re always at the shows. The enthusiasm, insanely enthusiastic, screaming and crying. They know every single word to every single one of my songs, which I love. Also, the fact that I really wouldn’t be here without them. I wouldn’t be here without you guys. You guys have been there for me. Whether you’re a new fan or you’ve been there from the beginning, I love you guys and I you guys are the reason I’m not in a classroom right now back in Australia taking tests, because that honestly wasn’t my favorite thing to do. I get to make music every single day because of you guys.”

Sharing his most recent shopping story, Cody said, “I was shopping in Dublin about two days ago, and I went into Topman and a bunch of girls found out I was in there and the next thing you know I had bought my clothes and we come out and there’s like hundreds of girls waiting outside the story and I don’t think I’ll be allowed at Topman again, we had to evacuate.”