Cody Simpson: I’m Trying To Be Like Justin Timberlake 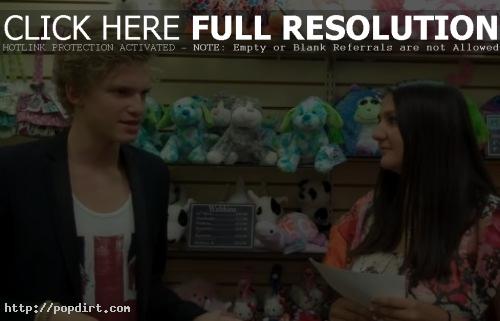 When Cody Simpson stopped in Wheaton, Illinois to promote Hallmark Text Bands and meet fans, the Australian pop singer took time out to talk with Chicago Parent teen interviewers, Emma DeCarlo and Arlee O’Shaughnessy. Simpson said while he misses home sometimes, considering what he gets to do, he’s not complaining. He also talked about his music idols, advice his parents have given him, getting noticed when out in public, the best thing a fan has done for him, and wrapped up with a rapid fire of some of his preferences.

On his music idols, Cody said, “I’ll start with Justin Timberlake, just as an entertainer he’s someone I’m trying to work real hard to be like as just an all around entertainer, as a dancer, he just kind of does it all, and he’s amazing at it. He has this kind of presence and class about him that I definitely admire. As far as musically, I love artists like Jack Johnson, he influences that beach kind of music I make. John Mayer definitely is another one that inspired a lot of that kind of stuff.”

Talking about the best advice his parents have given him, Cody said, “Just to treat others the way that you want to be treated. Obviously most parents say that to their kids, but I think it’s important to always make sure you’re treating everyone with respect the best I can. You can get caught up in the whole thing but I think it’s important to keep my feet on the ground.”

Asked if he can go out in public without getting noticed by fans, Cody said, “It’s hard to be able to just go to the mall. I can’t really do that anymore. I could six months ago, but now I can’t really go to the mall or go hang out with friends and stuff. Even if I go surfing. I’ll go out surfing with my mates and they’d say, ‘Oh, my sister knows you’. I mean it’s all one big package, when you’re doing music, I’ve got to be prepared for that and I definitely am. It kind of all just comes with it, but it’s amazing. It’s one big roller coaster and it’s one big journey.”