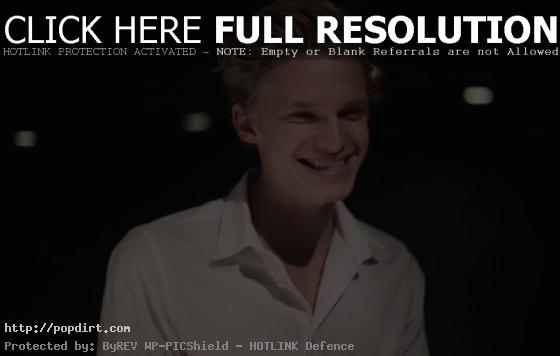 Episode 5 of Cody Simpson’s ‘The Paradise Series’ features the Australian pop singer taking fans in the studio in Los Angeles, working on the follow-up to his debut album ‘Paradise’. Cody gave viewers a glimpse of a typical day in the studio as he records music, including a new song called ‘Neck Kisses’.

“A typical day for me, while I’m recording a new album, I usually do a couple of hours of school in the morning, and then I’ll try to get here like 12 or 1 and as soon as I get here, I’m literally in here, down to business, listening to the song I’m going to record or starting to write a new song. I always bring my skateboard to the studio actually and I like to keep it a little bit fun and ride around the studio.” 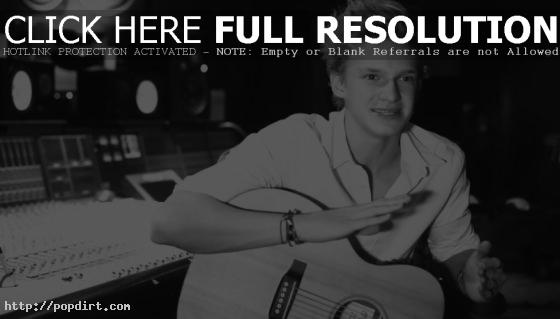 “I’m thinking of calling the album ‘Paradise Part 2’, as it feels like a continuation of the first album ‘Paradise’, just a little bit more mature because I’m always growing and I want my music to be able to do that with me. You’ll still hear a lot of that cool uptempo dance stuff as well as some awesome, chill guitar based stuff too. I’m really excited and I feel like this is gonna be the best project yet. I’m pretty stoked.”

“My song that I’m recording at the moment is a song I wrote on tour called ‘Neck Kisses’. It’s probably the most mature song that I’ve written to date. It’s a little bit sexy but it’s something that I think my fans will really like. It’s a little more vibey, a little more mature than the stuff I’ve done in the past. I love experimenting with new things and the studio is a really a place for me to be creative and be as artistic as I want to be and just try new things and if they work then that’s awesome, but if they don’t, start from scratch and write a new one.”