Cody Simpson Wants Victoria Justice In One Of His Music Videos 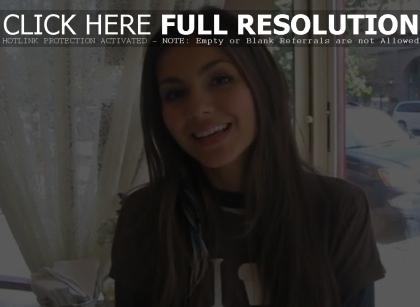 Cody Simpson spoke with Popstar! magazine about how if he could invite three guests dead or alive to dinner he’d select Michael Jackson, Muhammad Ali and Jake, and how he’d cast Victoria Justice as a love interest in a music video if he could choose anyone.

Later, the magazine got a reaction from Victoria. “I think that’s so sweet, and there are so many other people that would be so cool, but that’s really sweet that he said my name, and I think he’s adorable and he’s Australian, he has that cute little accent which is so cute, so who knows what will happen.”