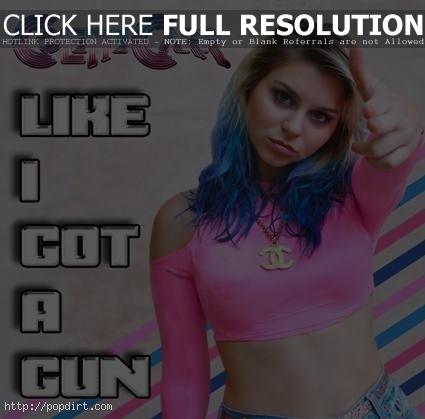 Singer, songwriter and rapper Colette Carr has just released her anthemic new single, ‘Like I Got A Gun’, which can be streamed below via SoundCloud. The track, produced by Martin “Cherry Cherry Boom Boom” Kierszenbaum (Lady Gaga, Far East Movement), is quintessential Colette Carr with freestyled verses and the urgent party chant, “Put your hands up like I got a gun.”

‘Like I Got A Gun’ is the latest single from Colette’s upcoming album ‘Skitszo’, due later this year. Keep an eye out for the official video coming soon.

Update: The Soundcloud stream has since been removed.