Colette Carr On Debut Album And New York Vs. Malibu 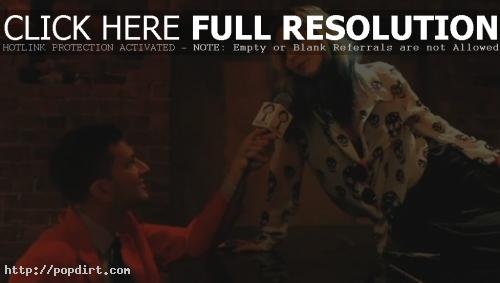 Colette Carr recently sat on a piano during an interview with Arjan for the Cherrytree Pop Chop Minute in New York City. The singer talked about why she was in New York, what to expect on her album and how her hometown of Malibu differs from the Big Apple.

As for what to expect on the LP, she said, “I’m kind of just more free with my music right now. I feel like I accomplished what I was supposed to accomplish, and now I get to have more fun, so it’s a lot less pressure. It’s more freedom and more creativity, and I get to express myself in a broader way. So more of my crazy side and the stuff that doesn’t make much sense to too many people is about to happen, and New York is the place to do it.”

Talking about how New York City differs from her hometown of Malibu, she said, “The energy. Malibu is so mellow and laid back. You have the pace of the ocean and the waves crashing. Come to New York and it’s like zip, zip, no one even stops. I said, ‘That’s such a cute dog!’, and the person didn’t even stop to let me pet it, so it’s like a shocker because one is slow and one is fast and one is more electric. New York is more electric.”