Britney Spears was just on CNN’s ‘Crossfire’ where she spoke with conservative co-host Tucker Carlson and issued her support for President Bush. The singer said that Americans should trust whatever Bush decides to do and claimed that she trusted his decisions. We’ll post the transcript as soon as CNN puts it up on their website, and tune in to Anderson Cooper’s show at 7 PM ET where Spears will issue her opinion on the Iraq war. Read on for video captures from the appearance, which sees Spears in a new platinum blonde hairstyle with a streak of red. 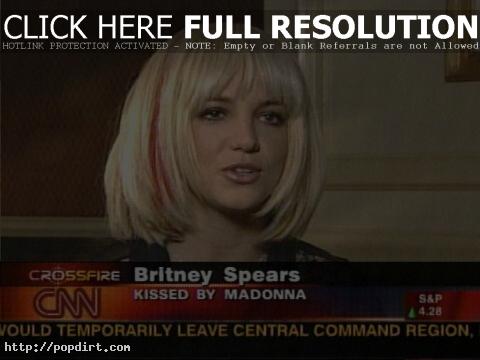 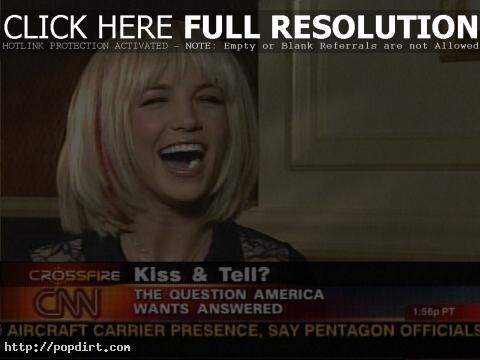 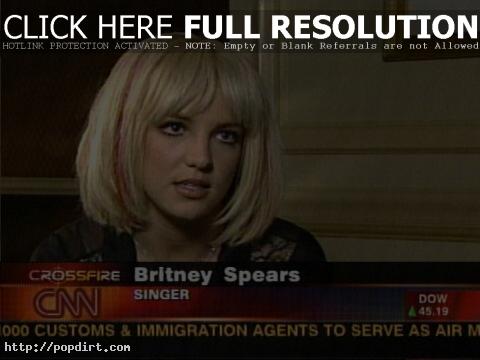