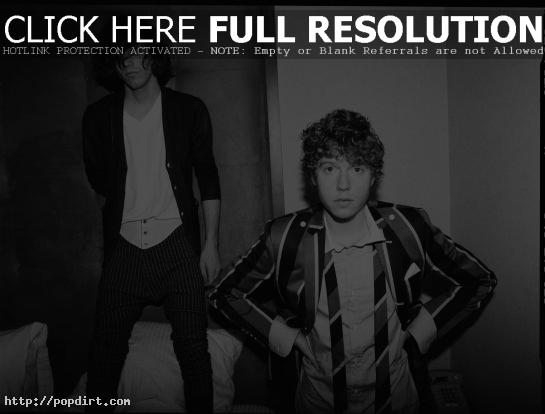 D.A. Wallach of Chester French took to his official web site to respond to a one star review by Melissa Maerz at Blender.com gave their debut album ‘Love the Future’, suggesting the pop duo’s lyrics were sexist. Wallach writes:

If anything, the message I want to convey is that it’s hip to be square, and that girls shouldn’t be so caught-up in the games of status and style. As someone raised by his mom who even chose to do a tutorial in college on feminist theory, I really fear after reading your review that people will get the wrong idea about our motives. Our goals have never been anything but to make thoughtful music and entertain.

The entire message at ChesterFrench.com has since been removed.

Melissa Maerz wrote back and now we’re friends. For the record, Chester French LOVES women. That’s why we made Jacques Jams to attract them.