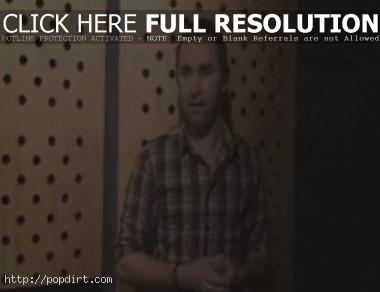 Damien Leith’s latest studio blog features the ‘Australian Idol’ winner talking about the recording of his second studio album. Leith says they’ve recorded ten tracks so far with producer Stuart Crichton. The back half of the video has the guys goofing around in the studio.

“So far it’s been going really, really well,” Damien said about the recording process. “We’ve recorded ten of the tracks so far, and overall here we think we have an extremely strong body of songs that have all got a certain theme and certain set of sounds to them. I think when people listen to the album, they should be able to listen to start to end and I suppose get the entire story of what this album is all about.”