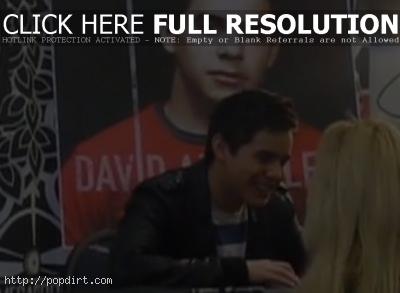 Popstar! Magazine was at the Virgin Megastore in New York City’s Times Square on Tuesday (November 11), where ‘American Idol’ season seven runner-up David Archuleta was making an in-store appearance to sign copies of his self-titled debut album on its release date.

First Archuleta posed for the waiting photographers, then did some interviews before taking a seat to begin signing CDs and posters.