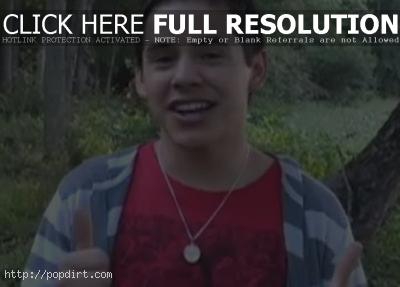 David Archuleta checked in with fans on his YouTube channel from the set of his first music video for ‘Crush’ in Georgia. “I wanted to let you know I’ve been doing well,” the ‘American Idol’ season seven runner-up said while standing in the woods.

“The shoot’s been going great and it’s been a lot of fun as well. I can’t wait for you guys to see it too. Hope you guys like it when it’s finished. We’re still finishing things up here, but so far it’s just been so much fun. We’ve just been here in Georgia and had a great show yesterday. The crowd was just amazing. I had so much fun and it was one of the best nights I’ve had I think.”

One thought on “David Archuleta Checks In While Shooting ‘Crush’ Video”