David Archuleta Fans Raise $14k For Stand Up To Cancer 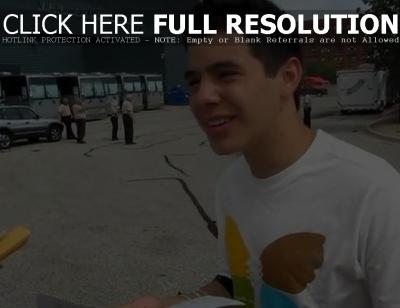 Arch Angels donated over $14,000 to the Stand Up To Cancer fund for David Archuleta. The ‘American Idol’ season seven runner-up was videotaped receiving the news outside the Van Andel Arena in Grand Rapids, Michigan on Wednesday (September 3).

“Oh, thank you so much you guys, that’s so cool,” Archuleta said. “That’s what is really special about all this.”