David Archuleta ‘Felt Like A Loser’ Performing After Kanye West 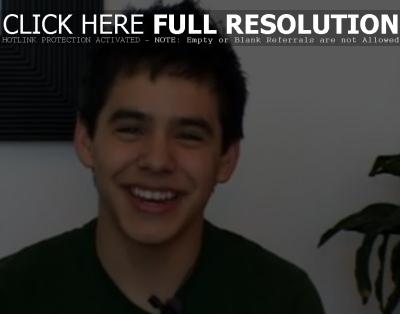 So along comes Friday… dun dun dun.. haha… For the big Z100 Jingle Ball at Madison Square Garden. This was a really intense one, and I was pretty dang jittery throughout the day. Z100 Jingle Ball is a big big deal, and I couldn’t believe I was one of the acts. I don’t think I can explain (not like me being unable to explain something is anything new) how intimidating and nerve wracking it was to be sandwiched between Kanye West and Chris Brown in the lineup, and being 2nd to last lol. but hijole!! Coming after Kanye just felt so wrong for me to do, but man I had a blast! Never thought in a million billion kajillion years I’d be performing at Madison Square Garden with Brandy, Leona Lewis, right after Kanye West (even though I felt like a loser going after someone as amazing as that lol) and then Chris Brown and Rihanna. It was just so amazing!! The other really cool thing was that Z100 was the first station to play and debut Crush. Man it’s just such a cool thing to be able to to have done. And now looking back on it.. just wow.. But thanks you guys for coming to the shows! The energy everyone brings to the arena really helps us performers step up our game, and really have a great time up there.