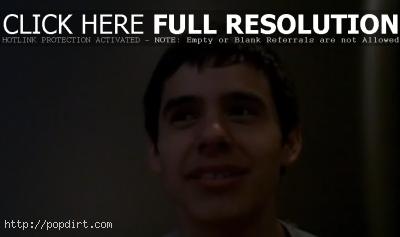 David Archuleta checked in with fans on his YouTube channel just before his visit to get his wisdom teeth removed. The ‘American Idol’ season seven runner-up said he’s been trying to get the teeth out over a year but he’s been too busy.

“I’m a little bit excited, but then again I’m not sure what to think. I don’t know how to prepare for this kind of thing,” Archuleta says in the video. “I just know I’m gonna take some medication in 45 minutes and then later on I’ll get my teeth pulled and get my mouth drilled and stuff like that. It will be good. I was supposed to get my teeth pulled over a year ago. That’s how long I’ve been trying to get them out, but I never had time and I never had a long enough time frame for me to get them out. I’d have to sing or go somewhere. So I have enough time this week to get them out and be swollen or knocked out or whatever for however much time I need. So hopefully I’ll recover soon enough for whatever the next thing is. But there isn’t too much happening. I guess there’s some writing sessions for the next pop album coming.”

Update: Archuleta told his Twitter followers (@DavidArchie) after the procedure:

Wow… Those 2 bottom teeth were rough lol. They’re all out now though! Hallelujah!

Props to Jaci and Lauren for being great dental assistants haha.

My bottom lip isn’t working! I can’t feel the lower half of my face!

I can’t fall asleep, and I look like a chipmunk. But there’s a cool lightning storm going on outside.

A nice rainy day today, and I look like a chipmunk.

6 thoughts on “David Archuleta Gets His Wisdom Teeth Removed”