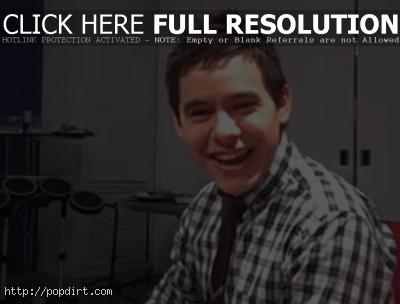 Asked if he has a crush on anybody, David said, “Not right now. It kind of seems like I really haven’t had time to focus on anything, other than the album, which has been coming up and almost here. With that coming up, it will be nice to focus on new things and I guess we’ll see what happens after this.”

Asked what fans can expect on the disc, David said, “With this album, there was a lot of different kinds of songs. I co-wrote two of them actually, and that was a lot of fun to be able to work with such talented writers and producers and to watch something come to life like that. I’m looking forward to what people will think about it. It’s a pop album that has a bunch of different kinds of pop songs I guess. There’s the slower ones that are more for easy listening, while there are other songs that are just more fun to listen to like ‘Crush’ for example, and it was a lot of fun to work on.”