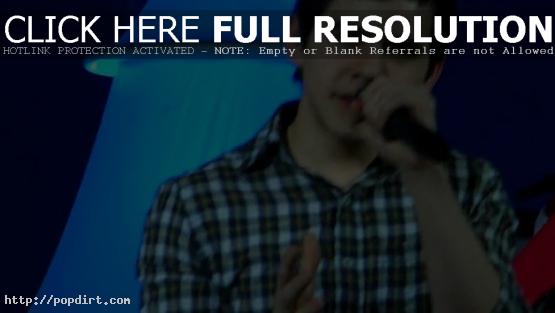 David Archuleta checked in with fans on his official web site’s blog moments ago, discussing his time in Guatemala this week. The ‘American Idol’ season seven runner-up writes:

So I’ve been in Central America for the week! It’s been so great! I was in Guatemala for my first time during the beginning of the week, and I just landed in Honduras today which is where my mom is from! So I am amongst the people that make up the other half of my blood. After landing, we went straight to visit some of my mom’s family and got to spend time with them. It was great! And we’ve been having baleadas to eat! Which is a native dish here that is sort of like a burrito haha. I don’t remember if I mentioned this before but my mom is actually down here with me, and it’s been awesome having her here.

If you were wondering why I’m down here, it is because I was invited to come down and see what an organization called Enterprise Mentors was all about. It’s an organization that helps families who struggle with poverty become self-reliant and make a living.

The entire message at davidarchuletanetwork.ning.com has since been removed.

«Nigel Lythgoe To Replace Simon, Or Should ‘Idol’ Be Rickrolled?
Adam Lambert Talks With Billboard At Z100’s Jingle Ball»