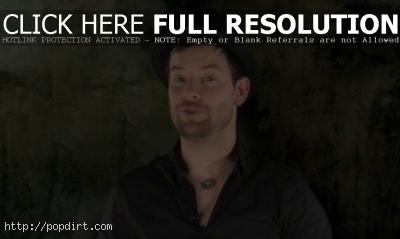 David Cook updated fans on his YouTube channel, thanking them for the initial success of his official web site, DavidCookOfficial.com, and for the new single ‘Light On’.

“Thank you so much for all the initial success with the web site, and now a day into it with the single ‘Light On’,” Cook said. “It’s been a really cool last few days, including, which you guys will probably find really neat, you guys actually crashed the entire Sony BMG internet database by logging into DavidCookOfficial.com. It’s very humbling.”

Watch the remarks below.