The Sun reports that with David Gray beating Pop Idol runner-up Gareth Gates on top of the UK album charts this week, BMG is secretly bitterly disappointed that a balding songwriter in his thirties has trounced their polished little product. Still, Gareth took defeat graciously. “I’m still very young and I’m learning a lot as I go along,” he said. “David Gray’s new album is terrific. I’ve listened to it a lot while I’ve been out on the road. I loved ‘White Ladder’ as well.”

November 3, 2002 – The Sunday People reports that a big fan of Gareth missed meeting the Pop Idol because her dad had a soccer game playing too loud on his TV. Gareth made the trip to see Lisa Dragoonis, 15, in Giffnock, near Glasgow, after she won a website contest. But Gareth had to leave her with just a posted photo as Peter, 45, failed to hear him knock over the Celtic v Blackburn match. Lisa said, “I’m not speaking to my dad. I’m gutted.”

October 31, 2002 – The Sun reports BMG record bosses have ordered Gareth to do extra last-minute in-store signings in a bid to get his album to #1 on Sunday, besting David Gray’s new release ‘A New Day At Midnight’. “It’s obviously very important for Gareth’s career that he gets to No1 with his first album,” an insider said. “Gareth is such a massive star and his popularity can’t be seen to be waning since Pop Idol. By getting him down to stores hundreds of kids will turn out to get their albums signed. That will obviously give him a vital sales injection.”

October 29, 2002 – The London Star revealed stuttering Gareth has been revealed as miming on stage when he talks. Gareth records his banter during concerts weeks in advance and lip-synchs to the tape between songs at his gigs. 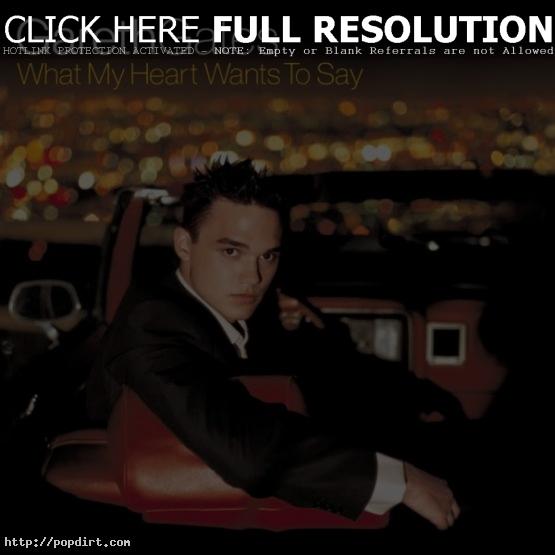 October 28, 2002 – Michael Osborn of BBC News Online reviewed Gareth’s debut album ‘What My Heart Wants To Say’, which was released today. Osborn says, “This debut offering has been finely tailored to meet the needs of this captive audience who have elevated him to idol status since his sweat, toil and success were played out on television week in, week out.” He added, “This album falls neatly into categories and fails to offer any real surprises – even Gates’s joint writing credit on ‘Sentimental’.” Read more.

October 28, 2002 – Ananova reports Gareth was mobbed by hundreds of Scottish fans as he signed copies of his debut album ‘What My Heart Wants To Say’ in Glasgow at the city’s Virgin Megastore. Gareth signed copies of the album and posed for photographs for 600 fans.