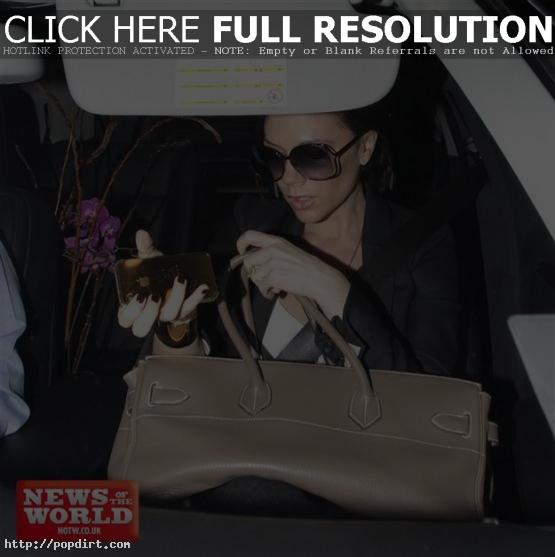 News of the World reports Victoria Beckham will be having her fourth baby in America. The couple are preparing for their larger family by purchasing a larger home in Los Angeles. “Victoria absolutely loves being back in Britain,” a source close to the Spice Girl said. “It’s made her realize how much she’s missed it. She’d quite happily stay until the baby is born, but David’s football commitments are out of her hands and she’ll always keep family together.”

April 2, 2010 – Victoria Beckham has been putting on weight recently in hopes of getting pregnant a fourth time in the former Spice Girl’s bid to have a baby girl. “It’s no secret Victoria and David want a little girl. After Louise said she was having a daughter it has driven Vic even more to prepare for pregnancy,” a family friend told The Sun. “She’s been told by docs her diet, though healthy, would not give her the best chance of conceiving, particularly in her 30s. Instead she has been advised to eat a lot more carbs and fatten up. She has agreed and David is over the moon. They will try for another child after the World Cup.”

January 18, 2010 – ‘American Idol’ creator Simon Fuller has asked Victoria Beckham to dress this season’s contestants for the live TV shows, offering the former Spice Girl $100,000 an episode. “This is a fantastic opportunity to showcase Victoria’s spectacular eye for fashion,” a source told The Mirror. “She’s giving the offer serious thought.”