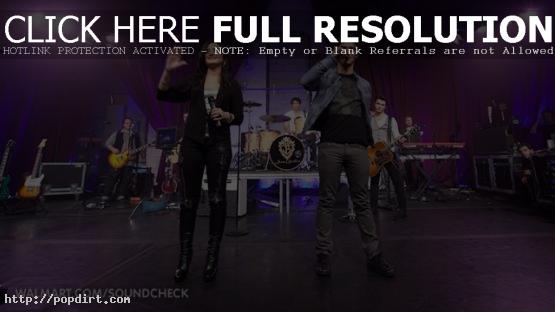 Three weeks ago after Demi Lovato confirmed she was dating longtime friend Joe Jonas of the Jonas Brothers, popdirt pointed out several Twitter users sending the ‘Sonny with a Chance’ star abusive and even threatening messages. Then a couple days ago, the posting went viral and several came to the defense of Demi and attacked those sending the abusive Tweets. So have the death threats against Demi continued? Unfortunately yes, with one crazed woman pledging to kill Demi after she was recently photographed kissing Joe. Among the more recent messages (with user names censored):

Ma*****rtinez @ddlovato and @joejonas EVERYBODY KNOWS THAT YOU GUYS ARE NOT DATING, WE ARE SO DISAPPOINTED @ddlovato You gotta died right now Stupid Bitch

Ir***MJ @ddlovato fu**ing bitch, I hate you with all my heart … and I admire you … I hope you struck by lightning in your face and you die!!

JoeFee****Demi @Sunshi****mi why do you give a fu**? when i want people to die i WANT them to die and will tell them @ddlovato get murdered!

Joic****tDoIt #iWishICould KILL @ddlovato & all her stupid fat ass fans! They’re UGLY like her xD seriously, she have an ASS in her face! WTF..RETARD!

be****gg @ddlovato if you kiss him EVER again I will kill you bitch!!!

22 thoughts on “Death Threats Against Demi Lovato Continue On Twitter”