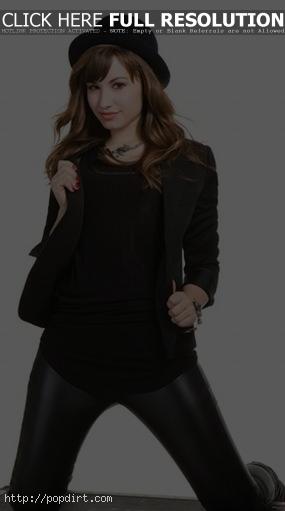 Following news that Demi Lovato had checked in for treatment for emotional and physical issues, fans of the ‘Sonny with a Chance’ star are blasting Ashley Greene, the woman Joe Jonas began dating after breaking up with Demi. Several are alleging on Twitter that Ashley punched Demi which sparked the meltdown. TMZ reported Demi was in a physical altercation with a female member of her tour recently. Making Demi fans even more angry was a Twitter message Ashley posted just as the news about Demi was breaking saying, “Tonight. Was. Incredible.” Among the angry and threatening Tweets directed at Ashley:

saman****15: @AshleyMGreene Is it true you made Demi Lovato go to the hospital because you punched her and she had a severe asthma attack?

fuc****lxx_: @AshleyMGreene You screwed all, but ok, Joe is a sh**. Just one thing, if this hurt more MY Demi I’ll kill you. Bad English but you got it, I know.

Giul*****ovato: @AshleyMGreene You don’t have idea what Demi’s fans are feeling now :{ who’s guilty? YOU, BITCH. WE HATE YOU. FU** YOU DUDE

ana****2: I HATE @AshleyMGreene AND IF YOU DON’T LIKE IT.. HIT THE UNFOLLOW BUTTON. SHE IS THE REASON DEMI IS IN REHAB AND I HOPE SHE GOES TO HELL

Franc*****_n: @AshleyMGreene it’s your fault that Demi is wrong now! I HATE YOU FU**ING BITCH!

asfgh*****ty: Spamming @AshleyMGreene ALL night. Who’s with me? Let’s run this bitch off of Twitter. NO ONE messes with our Demi!

zozo*****W: @AshleyMGreene um you should reword that….some Demi fans already don’t like you for rumors…and may take that tweet the VERY wrong way

It****iBitches: @AshleyMGreene FU** YOU BITCH. DEMI’S IN FU**ING REHAB AND YOU’RE FU**ING HER BEST FRIEND AND SOUL MATE. I HATE YOU SLUT.

But many came to Ashley’s defense:

Car****ats: Fu**ing haters!!! @AshleyMGreene is amazing! Leave her alone!!! It’s not her fault that Demi is still in love with Joe… GOD!

flywit*****7: whoever’s blaming @joejonas and @AshleyMGreene for what happened to Demi needs to grow up. They’re not allowed to have a relationship now?