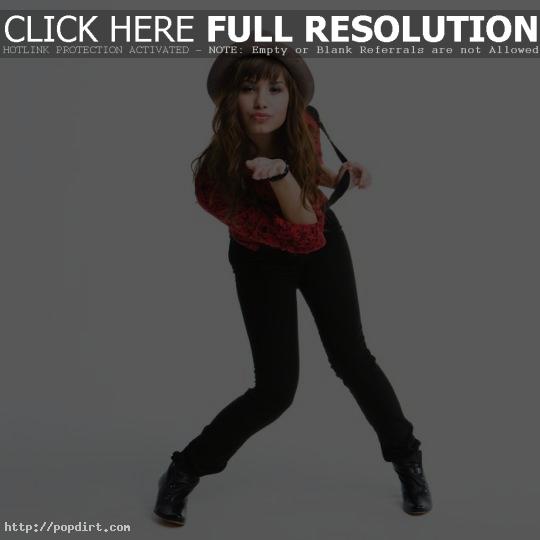 Demi Lovato is featured on the cover of Seventeen magazine’s prom issue, where the ‘Camp Rock’ star talked about her friendly relationship with the Jonas Brothers. The 16-year-old revealed that she’s “never kissed Joe Jonas in my life. I’ve never kissed a Jonas brother, period!” She added, “That would be weird…We’re all friends, but they’re not the type of guys that I’d be into dating – or else I’d be dating one!”

One thought on “Demi Lovato Has Never Kissed A Jonas Brother”