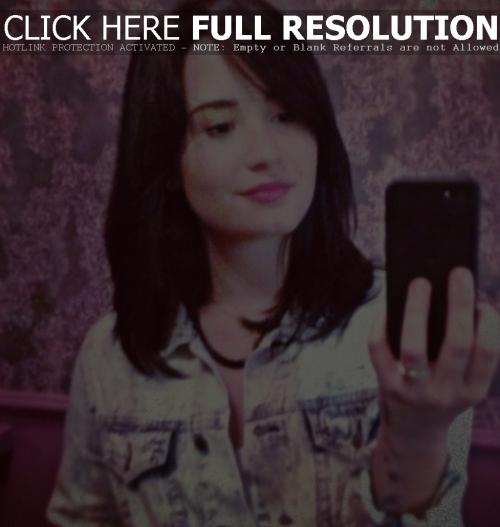 Demi Lovato checked in with her Twitter followers (@ddlovato) on Saturday (July 13), reacting to a report on TMZ that during ‘X Factor’ auditions earlier this week, she had taken some subtle jabs at Justin Bieber.

The attitude of one hopeful prompted Demi to tell him, “We don’t need another little punk running the streets,” which was interpreted as a diss of Bieber who has angered neighbors with his reckless driving. Demi told another contestant after he performed Justin’s song ‘As Long As You Love Me’, “Well finally someone can sing the song the way it was meant to be sung.”

BTW – no shade thrown at Justin. So many people audition with his songs.. Finally someone sang it the way it was meant to be sung..

Meaning, finally someone sang it the way JUSTIN sang it.

Ain’t got nothin’ but love for @justinbieber and his Beliebers.

I love my #lovatics the mostest though… hehe