Demi Lovato Knew All Along She Was Being Punk’d 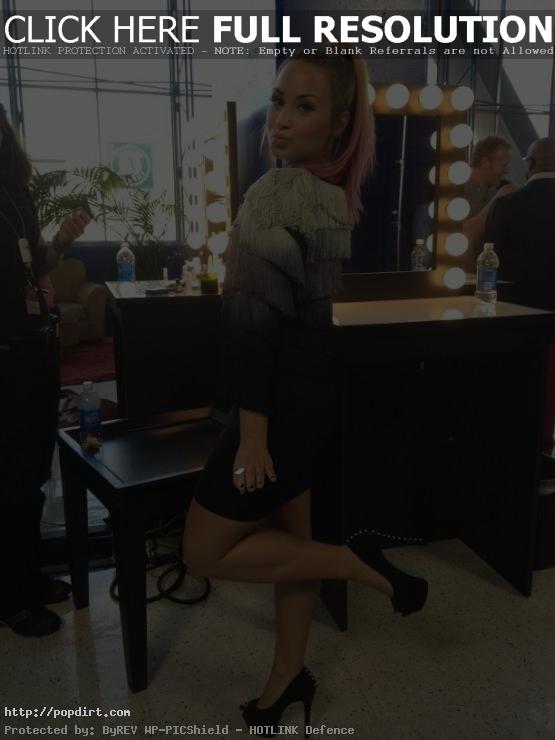 Demi Lovato sat down with Chris K of The End 107.9 backstage at Endfest 2012 to talk music, her role as a ‘X Factor’ judge, hosting the Teen Choice Awards and knowing all along that she was being a ‘Punk’d’ victim.

On hosting the TCA’s:

I’m a little nervous because I have only a couple of hours to practice the whole thing, and I’ve never really hosted much. I hosted something for MTV, the New Year’s Eve bash, so I don’t have much experience but I think I’m gonna have a lot of fun.

On her evolving hair style and color:

I dyed my hair pink, the ends of it pink, like a month or two ago. Then I was like, I need a change, I need something (different), so I was like how about blue and green?

If she was upset to be Punk’d:

I wasn’t upset.. I actually… should I? I knew the whole time. But I felt so bad that they had went through so much, I was like, okay, I’ll just go with it. They didn’t tell me. A bunch of people were like, hey, there’s gonna be a camera crew, but they want to hang out with you. I was like that’s shady, what? Then my friend talked to them and was like, oh, but I can’t tell Demi. She’s like, no it’s cool. Then my mom I guess found out through my manager, and she was like, hey, I just want to let you know, before you go and hang out with your friends tonight, you’re gonna be Punk’d so make sure that your hair and makeup is done. I was like, great! Thanks!

On the surprise being spoiled:

I want that to happen. I’m really into practical jokes and stuff like that, so I want to get re-Punk’d. For awhile there I went with it. People at MTV were like, did you know? I was like no way. I think it’s been long enough for me to say absolutely, I knew the entire time.

It’s awesome. Britney is amazing. She’s such a icon, and she’s really humble and sweet to work with. She’s awesome and Simon is really funny and we have so much fun together, and L.A. is awesome. Everyone is great.