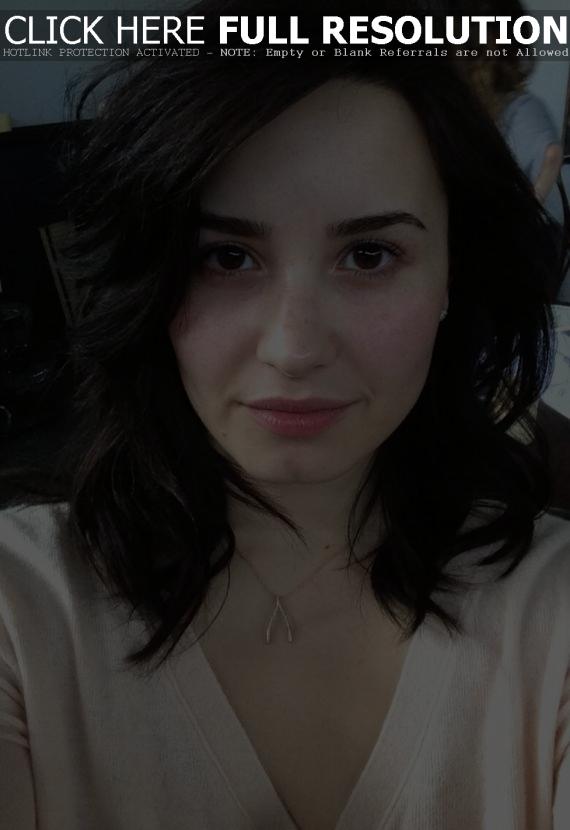 Demi Lovato checked in with her Twitter followers (@ddlovato) earlier today, reacting to news that actor Philip Seymour Hoffman was found dead in his New York apartment this morning of an apparent drug overdose, leaving behind a son and two daughters, with his partner, costume designer Mimi O’Donnell. Hoffman was 46. Demi, who has battled substance abuse herself, writes:

I wish more people would lose the stigma and treat addiction as the deadly and serious DISEASE that it is. Drugs are not something to glamorize in pop music or film to portray as harmless recreational fun. It’s not cute, “cool” or admire able. It’s very rare when people can actually predict their addiction and even then, you never know when too much is going to take their life or take a bad batch of whatever it is their using. It’s time people start really taking action on changing what we’re actually singing/rapping about these days because you never know if you could be glamorizing a certain drug to a first time user or alcoholic who could possibly end up dead because they end up suffering from the same deadly disease so many have already died from. This stuff is not something to mess with. Why risk it? Addiction IS a disease. Please spread the word so we can take the taboo out of discussing this illness and raising awareness to people of all ages. RIP Philip Seymour Hoffman.. An INCREDIBLE artist who lost his life to this horrible disease.. May you rest peacefully and in complete serenity now that your pain is gone. God Bless..

Demi also fired back at a Twitter critic of her words, writing:

If ONLY it were that simple. You clearly have never lost anyone to drugs or alcohol and OBVIOUSLY are not educated enough to fully understand the seriousness of this MENTAL ILLNESS. RT @M_Franchello89: @ddlovato then you’re a fu**ing idiot and you deserve what ever happens to you.