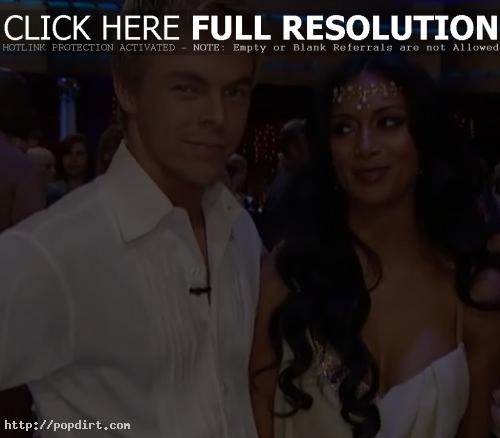 Derek Hough and Nicole Scherzinger were spotted sneaking off during ‘Dancing with the Stars’ rehearsals in Los Angeles on Thursday (March 25) for some private time together. The pop singer’s boyfriend Lewis Hamilton was in Australia practicing for Sunday’s Grand Prix, finishing sixth and landing himself into some trouble doing a burnout off the track.