Despite Voice, Aaron’s ‘Another Earthquake’ Best To Date 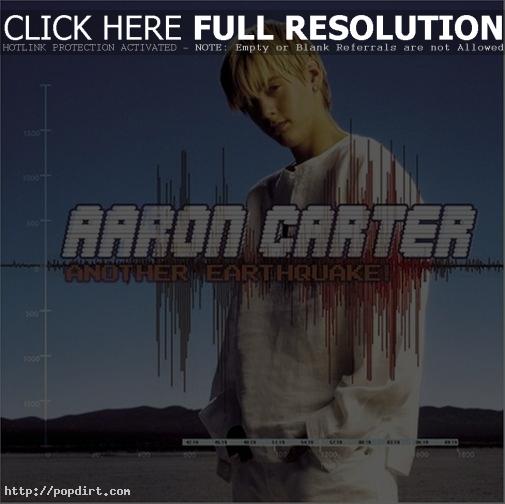 Stephen Thomas Erlewine of All-Music Guide reviewed Aaron Carter’s new album ‘Another Earthquake’, ripping the young singer’s maturing voice that has “stripped him of any of his charm.” Erlewine says, “It’s a real testament to the record makers that, despite Carter’s voice, ‘Another Earthquake!’ remains his best album to date. It’s likely not many will hear it, since it’s arriving at the end of the movement, not the prime, but years from now it will stand as an overlooked hidden treasure of the teen-pop movement of the early ’00s.”

September 6, 2002 – Aaron Carter tells Dan Aquilante of the New York Post he was a bit upset with Jive Records when they added the Baha Men on his song ‘Summertime’. “I didn’t know they were going to be part of the song – they were just kind of added on,” he explained. “They’ve done that before. They added No Secrets to some of my songs [on ‘Oh, Aaron’].” Asked how he felt by the label doing that, Carter said, “I felt like they used me to support another artist, and that’s not right. I’m not their caretaker. I’m not here to support them. They should do their own thing and work for it like I did.”

6 thoughts on “Despite Voice, Aaron’s ‘Another Earthquake’ Best To Date”