Did Michael Jackson Go Too Far With His Nephews? 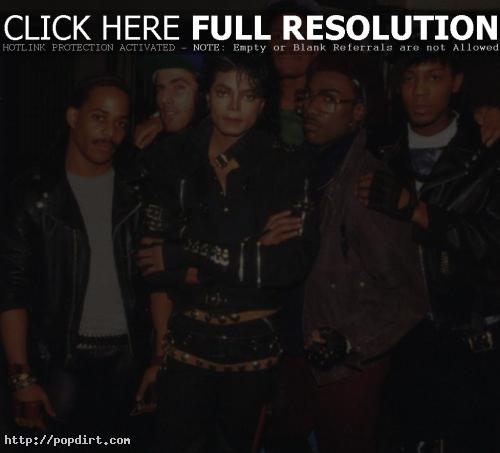 Seven years before the latest accusation of child molestation against Michael Jackson, a source tells Star magazine the tarnished King of Pop orchestrated a disturbing photo session with his young nephew TJ. In a series of photos, Michael and TJ, who was 17 at the time of the shoot, stand tightly together as TJ progressively loses more and more of his clothing — to the point where he’s wearing just a pair of socks and undershorts, which he proceeds to pull down, exposing his pubic hair. “There was a stylist there, but the shoot was basically directed by Michael,” a source tells Star. “At one point, he began ripping up TJ’s shirt while he was still wearing it. The vibe was weird, but no one would say anything to Michael, that’s for sure.”

Jacko’s Parents To Interview With ABC

December 10, 2003 – Conan O’Brien joked during his Late Night monologue on Tuesday night, “In an upcoming interview on ABC the parents of Michael Jackson will insist that Michael is innocent – they will also insist that he’s adopted.”

21 thoughts on “Did Michael Jackson Go Too Far With His Nephews?”