Dido Was Weird And Angry In High School

Teen People caught up with Dido for five questions, including if she was cool during her high school days. “I was considered weird!” I was always in trouble and angry,” Dido admitted. “I had freaky hair – I wasn’t getting a lot of dates.” She also called 50 Cent “brilliant” and was “so excited about meeting Sting – he’s my hero!”

Claire Richards Aims To Be A Sexier Dido

October 5, 2003 – Former Steps star Claire Richards is hoping to be the next Dido – but sexier. “It’s not going to be easy going from a band like Steps to someone like Dido, but that’s the direction I’m hoping to take,” she told The Sunday Mirror. “I’m determined to be sexier though.” Richards is currently recording her solo debut single.

No Pressure For Dido On ‘Life For Rent’ 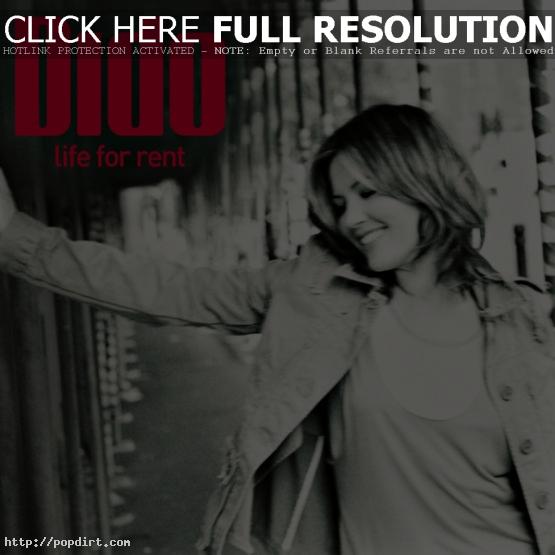 September 30, 2003 – With ‘Life For Rent’ following up the multi-platinum smash ‘No Angel’, Dido tells Radio 1 she wasn’t pressured to equal the success on her sophomore effort.

“At first I just felt more excitement because I’d been touring for three years, so I was so desperate to back in the studio that I just wanted to get all these songs down, and then by the time I’d sort of written them all I hadn’t really noticed I’d done it, so it wasn’t horrific,” she said. “In a way, the first album I still think was way more pressurized because everyone was like ‘What are you doing? Why are you doing it?’ Whereas this time now I had unlimited studio time and people making me cups of tea. It was great.”