Disney Trying To Keep Miley Cyrus Off Other Networks? 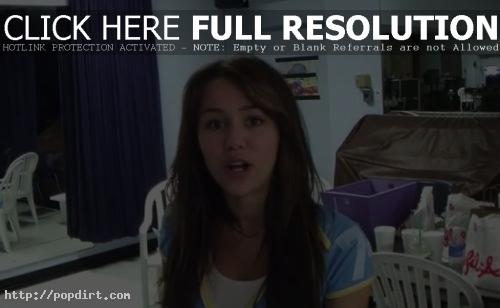 A source is claiming to the New York Post that Disney has been clashing with Miley Cyrus and her label, Hollywood Records, over the ‘Hannah Montana’ star appearing on non-Disney owned TV networks as she’s done with NBC’s ‘Today’ show on Friday and two ‘TRL’ co-hosting stints. “Disney doesn’t want her on anything non-Disney-related. Her label is constantly arguing with corporate,” the insider said. Given that Disney owns Hollywood Records, this claim seems a bit dubious, as her rep seemed to indicate. “Miley, her management, Hollywood Records and Disney Channel have an extremely close-knit working relationship,” the rep tells Page Six. “Disney has been more than willing to let her appear on other networks.”