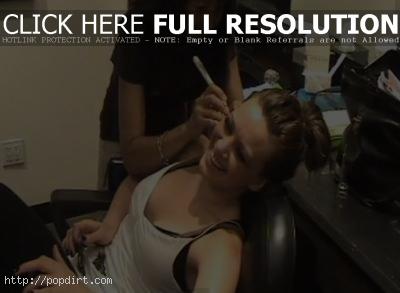 Hilary Duff’s latest video podcast features the singer/actress doing a meet and greet last month in Los Angeles and behind the scenes at a Dignity Tech Rehearsal in LA, where she was preparing for the tour and got custom earplugs made.

Opening the video, Duff told viewers, “Hey you guys, what’s going on? It’s Hilary here. I know we’re in kind of a weird place, the Hard Rock Cafe in Los Angeles right now. I just wanted to give a quick shout-out to you guys and see how everyone is doing and say hello. We got lots of cool comments in on the video and I hope you guys are enjoying that.” 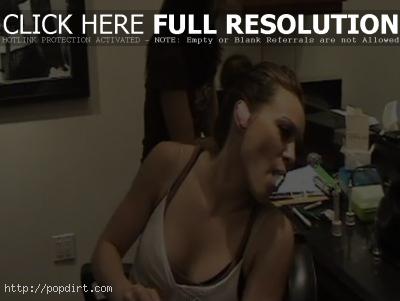 After shaking hands and posing for photos at the restaurant, Duff was seen at Dignity Tech Rehearsal in LA. “We’re here at my rehearsal studio, not mine, but the rehearsal space where we have the whole show set up, or almost the whole show set up. We’re just rehearsing before we get on the road so we can be with the stage and not have any mess ups or surprises when we get out there for the first show. I’m getting ready to have my ears molded, because I haven’t done it in a couple of years and sometimes it changes. This is a very interesting process, so you guys want to watch me get ear molds done? It’s gonna be wildly entertaining.”

Introducing a member of her crew and sharing a story, Duff said, “This is Lorin. He’s the one responsible for what I listen to. Everything that has to do with my ears. I’d been at the beach for 4th of July, and there was sand in my ears that I couldn’t get out, and it was driving me crazy. I had Q-Tips, and he was like ‘Don’t do that, you’re pushing it further in there! Don’t do that!’

One thought on “Ear Molds For Hilary Duff”