Ed Sheeran Discusses ‘The A Team’, Working Hard & His Inspiration 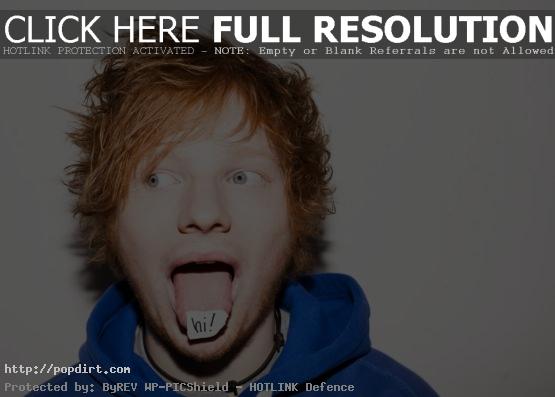 Ed Sheeran dropped the the Fox All Access studios to talk with Chris Leary about his single ‘The A Team’, what inspired him to take up music, his work ethic, and how he got discovered.

As for the true meaning of ‘The A Team’, he said, “It was kind of written about, I did a gig at a homeless shelter and met quite a few people there and one of them was this girl and her story kind of inspired me to write that song.” Ed added that he hadn’t seen her since. “I go back every year to play at the shelter, and I haven’t seen her since.”

Asked about what inspired him to become a musician, Ed said, “When I was eleven I saw Eric Clapton play ‘Layla’ on the Queen’s Jubilee on TV, and I was like I want to play guitar. I didn’t want to sing at the time, I just wanted to play guitar. I kind of picked up guitar and started playing and then I got into a guy called Damien Rice and went to go and see him, and he basically stood on stage on his own with an acoustic guitar and just held the audience and I was like, ah, I want to write songs and sing.”

Asked how he’s able to do so many gigs, as in 312 in one year, he said, “You just treat it like a day job. Every day you come into the radio show and you do a (Chris says “no, not 312 days a year!”). I don’t know, my dad said to be the best at what you do you have to take someone that you admire and basically find out what they do and double your effort. Most people I looked up to were doing like 200 gigs a year, so I thought I’ll do more and hopefully my live set will become better than theirs after a while.”