Ellie Goulding Discussses Dying In ‘Anything Could Happen’ Video 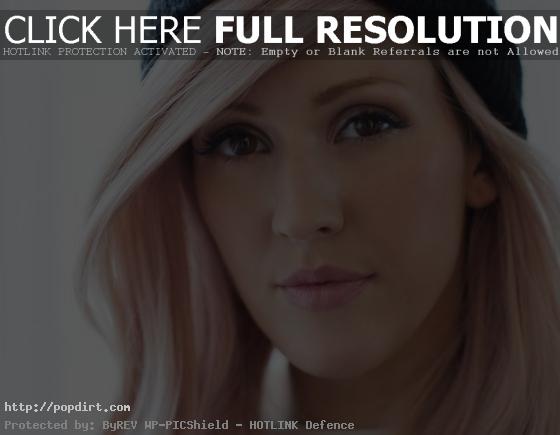 Ellie Goulding visited with Rich Clarke on Capital FM in London to promote her new album. The English pop singer discussed wearing latex, the album being named after a bird, the video for ‘Anything Could Happen’ and shooting it on the beach while she “looked ridiculous” on an enormous crane.

Talking about the perception of a new image, Ellie said, “The only people who really talk about my image in weird, sort of scrutinized way are people who don’t really know me, and people who know me (know better).”

As for whether her sophomore album ‘Halcyon’ was named after a Kingfisher, Ellie said, “Yes. That’s the original kind of bird supposedly in ancient Greece it brought peace and calm in stormy seas, and eventually, this is kind of in a nutshell, then eventually it was made into this term halcyon days. I like the idea there’s gonna be this time, this period where there’s just complete happiness and prosperity.”

Admitting to being starstruck by Florence Welch complimenting her, Ellie said, “We just bumped into each other in the toilet, which has happened with quite a few people now. There’s been so many people that have said they were a fan that I’d never expected. I don’t ever expect anything. I expect the worst. I had such a good day yesterday and really happy and hyper, and I woke up this morning and was really, really sore throat, swollen, panicking running around and gargling, because I had a really important show to do. So I always think something bad is gonna happen. I suppose I just don’t expect things like that. Florence was lovely. She came up and said she was a big fan.”

Describing her ‘Anything Could Happen’ music video, Ellie said, “I kind of wanted to do something a little bit weird. I think because it’s quite sensitive thing, a car crash and me dying and stuff, I wanted it to be a bit more surreal so people would know it was all weird on a weird planet somewhere and I wasn’t real and I was just this alien type thing. I love it. When I watch it I feel quite emotional in a good way. I really enjoyed making it. Who knows what my next video will be like, but I did like making this one.”

«Kesha Prefers To Be Liked Or Hated For Her Own Ideas
Enrique Iglesias’ Moment Embarrassing Moment: First Date Fart»