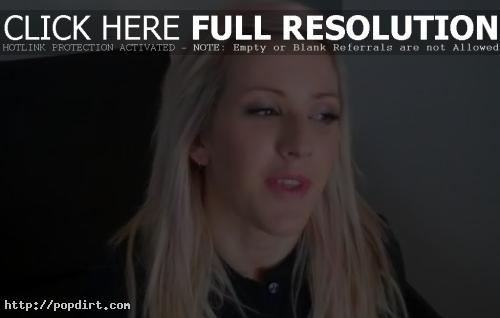 Ellie Goulding appeared on GMTV to perform ‘The Writer’ and an acoustic version of ‘Guns and Horses’ in GMTV web lounge the other day. Despite a few blushes, the singer admitted to Emma Bunton that she enjoys spending time with Radio 1 DJ Greg James. Ellie also talked about recording the majority of the album in a bedroom, support she’s received from family and friends, and winning a Brit Award.

The interview and performances at YouTube have since been removed.