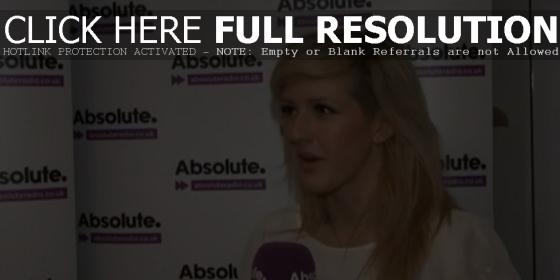 Geoff Lloyd of London’s Absolute Radio spoke to Ellie Goulding at A Concert For Kirsty MacColl at Shepherd’s Bush Empire. The singer talked about how she selected the Kirsty song she was singing for the show and how she researched Kirsty. The show was in honor of the 10th anniversary of the death of the ’80s singer songwriter, who died in a freak diving accident while on vacation in Cozumel, Mexico. Profits made from concert go to The Music Fund for Cuba, created in memory of the MacColl. Watch the interview via YouTube below.