Emblem3 To Open For Selena Gomez On North America Tour 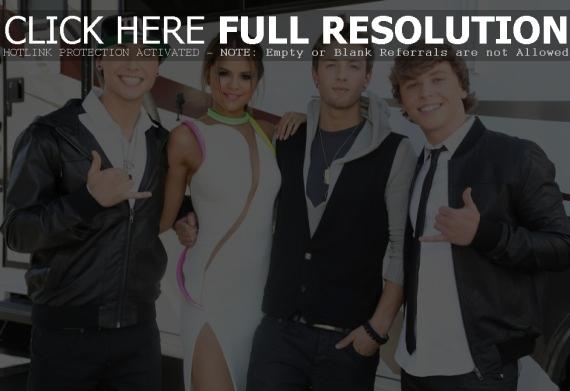 Emblem3 have announced they will join Selena Gomez on her “Stars Dance” world tour as the opening act on the tour’s 41 North American dates. The dates, which mark Emblem3’s first extensive North American tour, kick off August 14th in Vancouver, BC and continue through cities across the U.S. including Philadelphia, Boston, Chicago, Houston and Los Angeles before wrapping in St. Louis on November 27th. Tickets for all dates are on sale now at Ticketmaster.com.

Emblem3 are Brothers Wesley and Keaton Stromberg and lifelong friend Drew Chadwick. The guys are currently in the studio at work on their debut album, which is being executive produced by Savan Kotecha. The album will be the first release on “Mr Kanani”, Savan Kotecha’s imprint on Syco Music released through Columbia Records in Summer 2013.

«Victoria Justice Doesn’t Need To Be Drunk To Have A Good Time
Miley Cyrus Didn’t Get Wings Tattooed On Her Butt, Amanda Bynes Chimes In»